The ease with which Liferay works in the AWS environment and its system-friendly design has been a great help to us.

My Navy Portal is an essential part of how the United States Navy helps its sailors manage their careers throughout their military service. It consolidates online human resources, education and training information in an interface that is personalized according to preferences and rank. 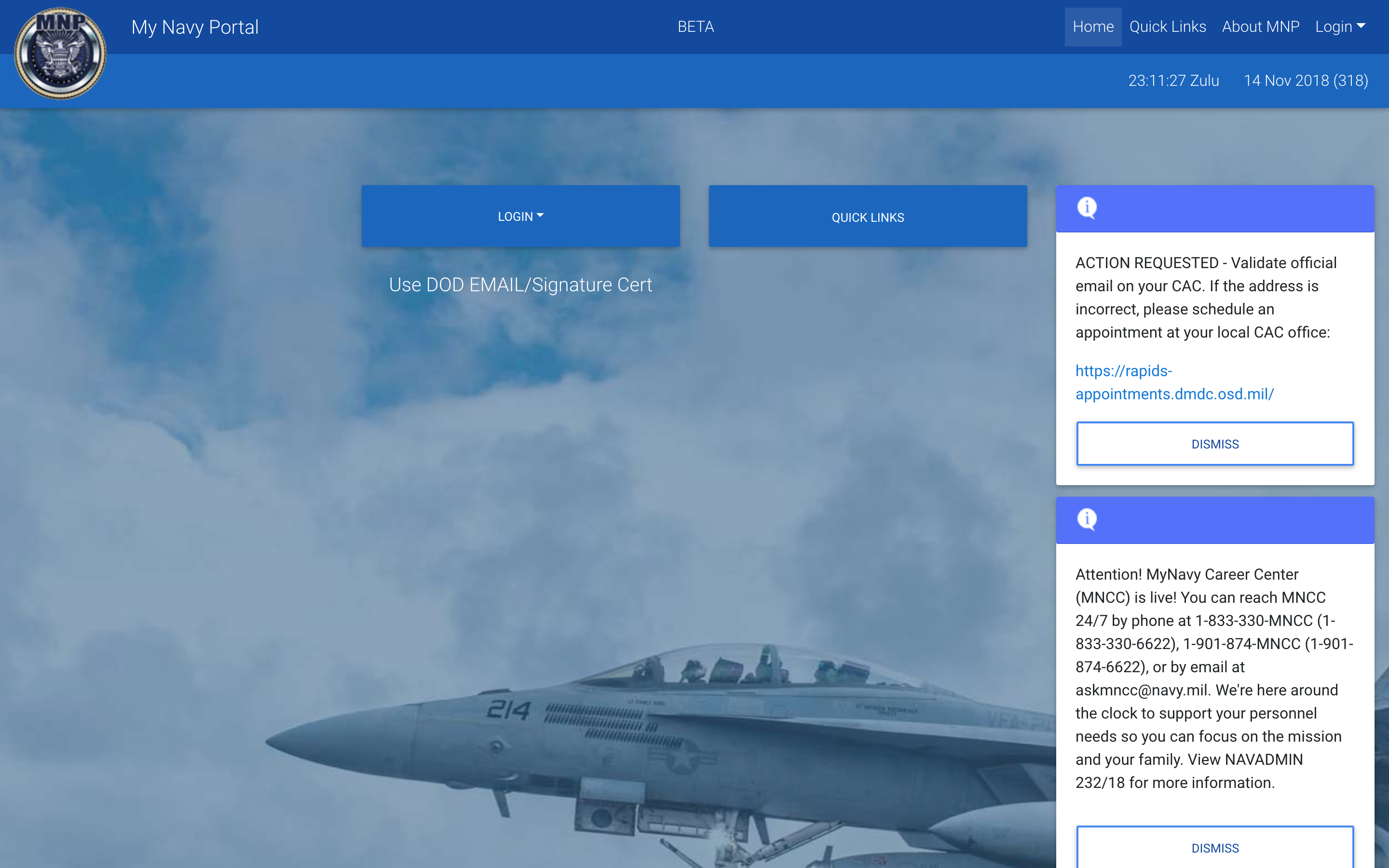 In 2014, the Navy wanted to expand the portal to users in the entire navy, rather than a small subset. This required opening up the system to 870,000 potential users, and the existing solution couldn’t deliver the necessary performance levels to make that a reality.

A large part of the problem was that the portal was composed of several different systems and databases. Finally, the Navy decided to move everything to a single solution that could meet their performance requirements and deliver a great digital experience. It chose the development team at Team Katmai to implement everything on the Liferay platform, which already had buy-in from commanders and captains because of its known name. The extensibility in Liferay, as well as the ample community support and paid support, were also key to selection.

Team Katmai’s first task was to do a complete rewrite of the codebase and re-architect the system for both better performance and an improved user experience. One major advantage of Liferay was how easily it worked in the Amazon Web Services cloud environment. Team Katmai was able to receive FedRAMP certification for the portal and deploy it within the Amazon Government Cloud, and can now take advantage of AWS security and development tools.

The new portal launched with the ability to serve 40,000 sailors signing on at once within ten minutes, the site’s highest traffic level. When tested, the new Liferay portal held up to this spike in users. In the future, Team Katmai plans to increase performance so the site can handle 50,000 and higher users in less than two minutes over the Navy/Marine Corps intranet network.

The Department of Defense was so impressed with the new My Navy site that it awarded Team Katmai a CIO award, the first time this award has ever gone to a contractor.

The final product that Team Katmai delivered is still evolving. As the Navy comes up with new feature requests or changes to the UI, Team Katmai can quickly implement them without disrupting what users see. The Navy’s administrators are able to manage all content independently without getting involved on the technical side.

Users praise the new portal for its ease of use, visual design and stellar performance, which can be difficult to achieve with the security and network restrictions in the Navy/Marine Corps intranet. Team Katmai has plans for plugging in more external systems from other DoD interfaces so that My Navy Portal is a true one-stop shop for every Navy need.

Case Study Case Study - ES Case Study - PT
Having Trouble?
Oh no! Sorry about that. If you’re running into issues, we suggest you try: If you’re still having trouble downloading, please reach out to us on our Contact Us page. Thank you!